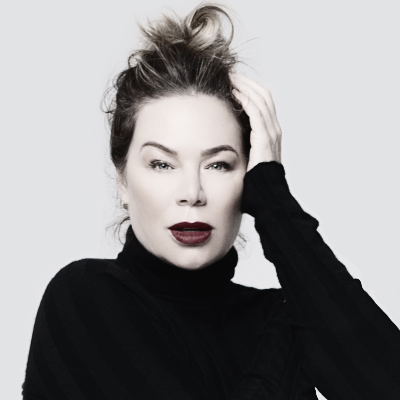 Mia Michaels has turned dance into unique works of passion & beauty. Last year Mia released her highly anticipated book, a venture that will propel this multi-Emmy winner to even further heights. Not only is Mia one of the most sought-after innovators in the world of dance, but she is also a figure of inspiration to women around the world. One of Mia’s strongest talents is finding the beauty within herself and in others.
In 2015, Mia joined forces with a dream team for the hugely successful Broadway musical Finding Neverland. Mia choreographed the 68th Tony Awards featuring Academy Award winner Jennifer Hudson. In 2016, Mia directed and choreographed the celebrated Summer Spectacular featuring the Rockettes at Radio City Music Hall. She also served as a guest artist & mentor for Broadway at the White House, hosted by

Michelle Obama. Included in Mia’s diverse experience is the critically acclaimed New York based dance company, RAW; for which she was the founder, artistic director, & choreographer.
On television, Mia has served as an ever-popular judge & contributing choreographer for Fox’s award-winning TV show “So You Think You Can Dance” (SYTYCD). Not only has Mia won three Emmy awards for Outstanding Choreography for the television series SYTYCD, but she was also made huge contributions towards the show receiving the “Best Reality TV Show” award at the 2008 Reality TV Show Awards. Additionally, Mia’s fan-base in Canada has led her to share her talents on SYTCD Canada as a judge & guest choreographer.
This past year Mia had the opportunity to be the choreographer of the Paramount animation and live action feature film, “The SpongeBob Movie: It’s a Wonderful Sponge,” set
to air in May 2020.

Mia spent the summer choreographing for a Netflix dance film, “Feel the Beat.” This feature film, staring
Sofia Carson, is planned to air late 2020.
Other TV credits include Mia’s direction and choreography for a musical dream sequence with Hugh Laurie from the hit television show, House MD. Uniting with SYTYCD judge, Adam Shankman, Mia & Adam collaborated for the big screen adaptation of the hit Broadway musical, Rock of Ages. The choreography was showcased by a star-studded cast with Tom Cruise, Julianne Hough, Alec Baldwin, Russell Brand, Catherine Zeta-Jones and Mary J. Blige. Following Rock of Ages, Mia had a co-starring role in the feature film Step Up 4. In 2018, Mia passionately directed and choreographed a very controversial short film/PSA about anti-gun violence in schools called, “Only We Know.” Other work in film includes: Cool Women for AMC/DreamWorks Television, and multiple award-winning commercials.

Mia has had the privilege to hold faculty positions at prestigious institutions of dance around the world including Alvin Ailey & the Joffrey Ballet. Mia continues to teach inspirational master classes worldwide known as Mia Michaels Live (MML) where dancers are taught to move from the inside out. This new motivational movement event was debuted world-wide in 2017 and is inspiring dancers and artists alike to access their inner unicorn. This philosophy is how Mia now lives each day.

Mia has not only broken-down boundaries throughout the dance world, she is now breaking down the barriers to the fashion world, having been recently celebrated as the oldest and only plus sized model to walk the runway of New York Fashion Week. Mia has historically been the only plus size woman to reach worldwide success, and continues to be a living legend and icon in the dance world. Mia’s passion with being a unique voice and brand, is truly an inspiration for women all over the world. This year, Mia has not only been a face and model for well-known brands, Avenue Plus, Baacal, and Alex and Ani, but as also walked in the great New York Fashion week runway for the all-inclusive brand CHROMAT, and in Toronto Fashion Week for Lesley Hampton.

Mia has a way of touching each human she encounters with passion, emotional expression, confidence, and self-love. Mia continues to use her influence, platform and her voice to be a champion of change in the areas of body image, self-expression & acceptance, gun violence prevention and safety, women’s empowerment & equality that promise to have an impact and leave a legacy for future generations to come.