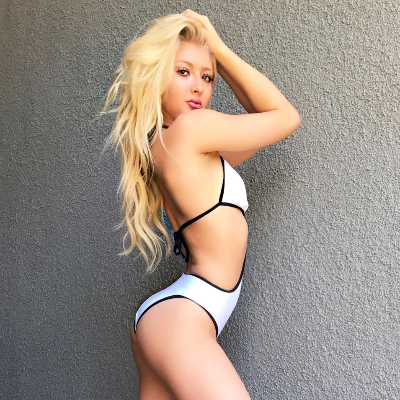 Marissa Heart is a technically trained dancer and has been dancing for 24 years. She has been in the entertainment industry for over a decade dancing, acting, singing, and choreographing. She had the opportunity to be a part of NBC's Season 2 World Of Dance as a choreographer and contestant where she created her group Marissa & The Heartbreakers. Marissa & The Heartbreakers have traveled to Chicago to open up Tony Robbin’s “Unleash The Power Within” seminar, and traveled to Shanghai to perform in Dolce & Gabbana’s fashion show. Marissa has choreographed for brands such as Skechers, and has also choreographed music videos, one of which premiered on Bravo’s “Vanderpump Rules” by artist Scheana Marie. Marissa was also a part of NBC’s Hairspray Live! as Tammy, one of the Nicest Kids In Town. She has danced for artists such as Kanye West, Justin Bieber, Lady Gaga, Christina Aguilera, Katy Perry, Michael Jackson, Nick Jonas, and Jennifer Lopez to name a few. She's also worked on shows such as American Horror Story, Glee, The Voice, Crazy Ex-Girlfriend, Grammys, Billboard Awards, American Music Awards, and other great shows as well. She also played Tara, a strong supporting role in the feature film "Breaking Through", that was executive produced by John Legend. Over the years she has found a love for teaching and loves sharing her creations and helping artists grow. Her weekly classes are at Playground LA on Melrose, and they continue to grow each week! She was inspired to brand her class as “Heartbreak Heels” focusing on making her students feel confident, empowered, and beautiful in their own skin!