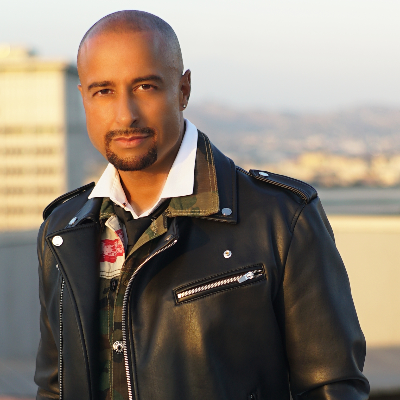 Chuck Maldonado is one of today’s most sought after Choreographers/Creative Directors in the industry. He has made such an impact in TV and films such as; Stomp The Yard 1 and 2, Step Up Revolution, House Party 5, Disney films G- Force, and Underdog. In addition, his talent and creative direction has also been used in shows such as; dancing With The Stars, So You Think You Can Dance, X-Factor, and America’s Best Dance Crew. Additionally, Chuck has worked on numerous commercials that include; McDonalds, Wendy’s, Best Buy, AT&T, Hanes, Gap, and Target. He has also worked with several recording artist such as; Fergie, Chris Brown, Young Thug, P. Diddy, Ne-Yo, Usher, Pink, Khalid, and Missy Elliott.
A four-time award-winning Choreographer for his work on ‘Stomp the Yard,’ ‘The NAACP Image Awards’, ‘Chris Brown’s Grammy performance’, and Brighthouse’s Network Commercial. Chuck has also devoted much of his time furthering his education. A Graduate of the historical North Carolina A&T State University, Chuck received his Bachelor’s of Science in Business Administration. Upon graduating college, he received his first choreography job for the opening and closing ceremonies of the Centennial Olympic Games in Atlanta.
His recent projects include MTV Movie and TV Awards for Dwayne “The Rock” Johnson, the Netflix original film ‘Word Party’, Toyota Commercials, Khalid ‘Roxy’ Tour, and “In The Time It Takes To Get There” Movie by Zach Braff. Whether Choreographing, Creative Directing or Producing Chuck is known worldwide as one of the best in the industry. His professionalism, magnetic personality, and perfectionist attitude makes him a pleasure and joy to work with. A Perth Amboy, New Jersey native, Chuck currently resides in Los Angeles, CA. Where he continues to create opportunities for up and coming dancers and choreographers at his Fuzion Force LA Dance Studio.