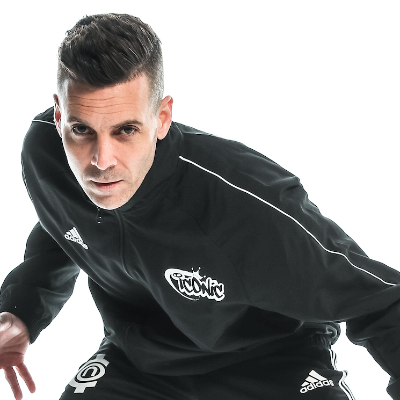 With almost 30 years experience in the Entertainment Industry, GEO Hubela is a Choreographer, Artistic Director, Dancer & Dance Educator. He is Co-owner and Director of one of New Jersey’s leading Dance Education facilities, ICON DANCE COMPLEX, home of the ICONic Dance Crew from MTV’s America’s Best Dance Crew
Season 1 and the ICONic Boyz, Runner Up of Season 6.

GEO has choreographed internationally for stage and screen, danced in feature films, television, music videos and live concert tours. GEO is a leading educator in HIP HOP workshops across the US and around the World. One of his most recent choreographed
works was the first ever Live Stage Show for Lionsgate Films “STEP UP” franchise at Motiongate Dubai Theme Park in the UAE. GEO has also appeared as a dancer in the Original STEP-UP feature film.

As a performer, GEO has danced with some of the biggest stars in the music industry such as Jennifer Lopez, Will Smith, P!NK, Britney Spears, NSYNC, Jessica Simpson, Macy Gray, Selena, Smashmouth, Lindsey Lohan, Deborah Cox and the King of Pop, Michael Jackson.

GEO currently tours the country on Faculty with Artistic Dance Exchange, Showstopper, the DanceLife Teacher Conference and is a board member of the National Dance Foundation.