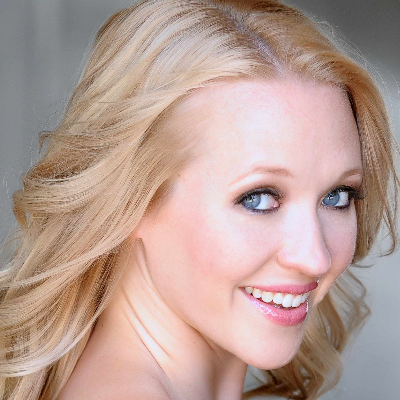 Michelle Loucadoux has performed in five Broadway musicals including playing Hope Harcort with Sutton Foster and Joel Grey in the Tony award-winning Anything Goes, originating the Broadway cast of The Little Mermaid as Adella and eventually playing the title role of Ariel, performing the role of Babette in Beauty and the Beast, originating the Broadway cast of Mary Poppins, and singing alongside Paul McCartney in Chance and Chemistry.

Previous to joining Broadway, she danced professionally for New Jersey Ballet, Greensboro Ballet, Lexington Ballet, and was a trainee at the Richmond Ballet, performing roles from the Sugar Plum Fairy in the Nutcracker to Balanchine's Serenade. She studied dance at the American Ballet Theatre School in New York and Nutmeg Conservatory and vocal performance at Virginia Commonwealth University. She has a BFA in English and a master's of business administration from Western Governor's University.

On-screen, Michelle starred in the film Across the Universe, has appeared on television in Criminal Minds, Late Night with Jimmy Fallon, The View, and The Bounce Back.